The maker of Stalker shares a vision of Russia 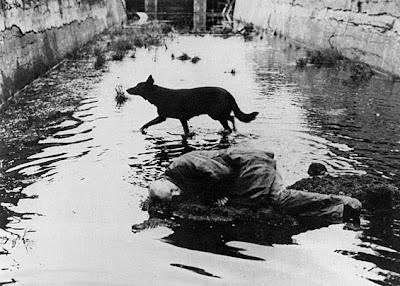 In Andrei Tarkovsky's movie that is based on Boris and Arkady Strugatsky's novel Roadside Picnic, Stalker (Aleksandr Kaidanovski) is taking people to the forbidden Zone.

RUSSIA WILL SPIRAL FROM A REVOLUTION INTO ENERGY CRISIS IN THE NEXT TWENTY YEARS.

A growing population of Russians refuse to digest the ever spreading corruption, the domination of the petty-bureaucracy and the limitations of the freedom of speech.

The tandem-leadership of President Dimitri Medvedev and Prime Minister Vladimir Putin will collapse. Medvedev’s mantra of the Russian modernisation has proved to be nonsense – the target of the modernisation has been solely the economy, not the political system.

“A new Gorbachev will appear or a new Yeltsin, the winds or change are blowing, a new Perestroika will take form – only this time stopping power will not be the communist party, but the dictatorial bureaucracy.”

Helsingin Sanomat (Finland’s leading newspaper) asked the novelist to take a time journey into the future of Russia. Sturgatsky said yes, but only agrees to communicate via e-mails. He won’t appear in photographs.

“I hate being photographed”, he writes.

DURING THE SOVIET ERA Boris Strugatsky together with his brother Arkady (1925-1991) created utopian worlds, into where the duo also smuggled in some social critiques. Their most know novel is the Roadside Picnic, which was filmed by Andrei Tarkovsky in Stalker.

Today Boris Strugatsky, 76, is an active critic of the political powers. Novels he publishes no longer. Last year he had on open letter exchange, published in the Novaja Gazeta, about visions of future with Mikhail Hodorkovsky, the ex-leader of the Russian oil giant Jukos who now sits in jail.

In these letters, as in this time journey, Strugatsky gives little hope for future.

A TIME OF DICTATORSHIP AND RATIONING CARDS WILL BEGIN. GOOD BUY DEMOCRACY.

HOW does the revolution take place?

Strugatsky believes that people will in the end realize that the current system is a dead-end street.

First thousands will rise into opposition and take to the streets. Hundreds of thousands get interested in the politics.

”And of course nobody continues to work anymore.”

He won’t give the new Yeltsin or Gorbachev a name.

”Just recently they were nobodies, and nobody knew them, but then something happened…one week goes, perhaps two…and hundreds of thousands will shout their names on the town squares."

STRUGATSKY has perspective to talk. He remembers how it was to live through the hardest years of the Soviet censorship.

Even if Russia today is not perfect what comes to the freedom of speech, the current situation can not be compared to Stalin’s ice-hell, Strugatsky writes.

"There exists fully liberal newspapers, radio stations and even TV-channels."

BUT WHAT will follow after then years, when the people has risen up and the Russian political system is being reformed according to the principles of Democracy?

The freedom of the political liberation will last for one decade.

“Then energy-crises will begin. The world (the whole world, not only Russia) will travel a couple of hundred years back”, Strugatsky illustrates.

TIME OF DICTATORSHIP and rationing cards will begin. Good-bye democracy.

It is not the end of humankind, but only the end of the over-wealthiest part of the population.

”Humankind is only reducing some speed.”

The father of Stalker went to opposition 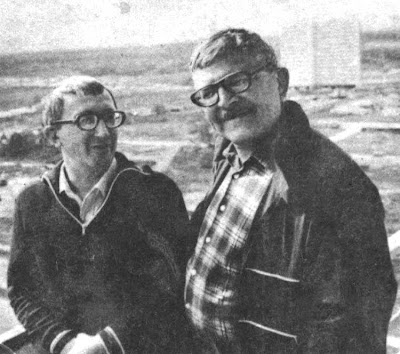 
Boris Strugatsky, 76, is one of the most popular and most translated Russian writers. Together with his brother Arkady Strugatsky he created a broad selection of novels including the Roadside Picnic, One Billion Years Before the End of the World and the criticism of communist system Hard to be God.

The most famous of the novels is the Roadside Picnic, on which Adrei Tarkovsky’s film Stalker is based on. Although the film is not strictly following the book, the dangerous and appealing Zone left behind by aliens is in the focus of Tarkovsky too.

When Tarkovsky describes a journey in the twilight of dream and awake into the subconscious of man, Strugatskys’ Zone that operates beyond the laws of nature is very concrete with its effect on the human beings that visit the area. Shoehart’s daughter Monkey is a mutant, who has an animal’s face, palms and fur.

After the death of his brother in 1991 Boris Strugatsky continued to write two more novels, after which he quit to produce fine literature. He is active in criticizing the politics and society and usually publishes his criticism in the newspapers of the democratic opposition.

He is educated as an astronomic.

Strugatskys’ novels are still being filmed. The last one is Fjodor Bondartsuk’s Inhabited Island (Obitajemyj ostrov), which has received mixed reactions from the audience.

Strugatsky himself views Stalker as the most successful filming.

Posted by Marco Casagrande at 4:56 AM