Birth of a Photon

We artists and scientists are very close to each other by sharing the same total level of passion and individual creativity. The public artwork Birth of a Photon celebrates this connection through an artistic rendering of the scientific mind, the universe where the mysteries of nature are revealed.

The Birth of a Photon is connected to Albert Einstein’s initial discovery of the lichtquant, or photon - the basic unit of light and all other forms of electromagnetic radiation. This is the starting point of the scientific tradition that also the National Research Centre is continuing today. 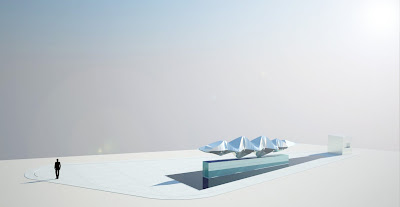 I am inspired by following a scientific forum “The creation of EM waves” resulting to the following graphic showing the photon formation of relative speed at the free space:

In this reality the photon is just a wave pocket.

The public artwork Birth of a Photon is a three dimensional artistic rendering describing the birth of the lichtquant, homage Albert Einstein. The sculpture is 14, 5 meters long and 2,2 meters high and wide and made out of shiny chrome steel.

The Birth of a Photon is resting on a laminated glass podium that stands on a black-board platform. In this black-board we invite the scientist of the NSRRC to write down their favourite scientific formulae or hypothesis with chalk in a collective action. These hand-writings will then be preserved by multiple layers of shiny lacquer and will become a permanent element of the public art work. 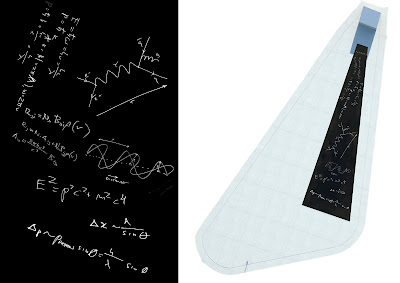 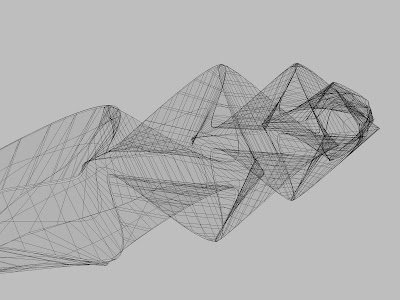 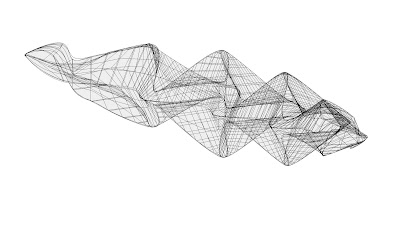 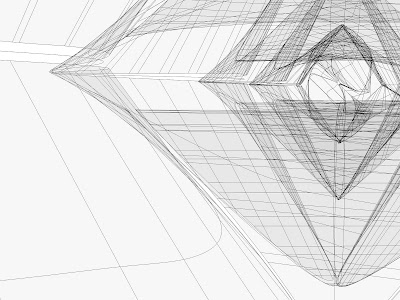 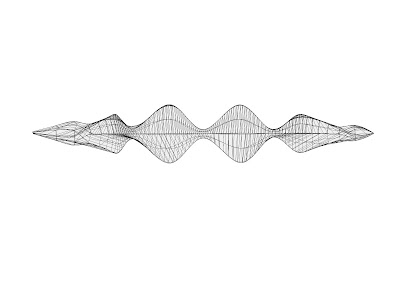 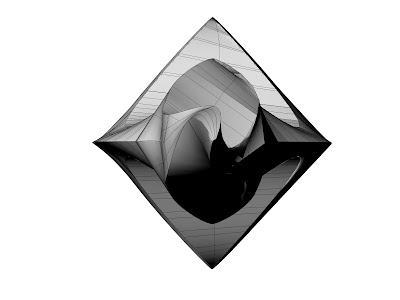 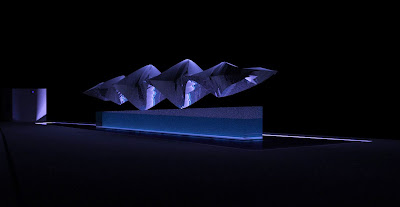 Posted by Marco Casagrande at 6:23 AM

You are a genius. This art is purely awesome. Exactly how I like to imagine a photon. And on the visual side, wow. Just wow.

Is there a twist going on here? In addition to the 90 degree alternations? I can not tell if there is a corkscrew effect or if that is just an artifact of a 3D representation on 2D. Nice art.