Casagrande’s works and teaching are moving freely in-between architecture, urban and environmental design and science, environmental art and circus adding up into cross-over architectural thinking of «commedia dell'architettura», a broad vision of built human environment tied into social drama and environmental awareness. «There is no other reality than nature». He views architects as design shamans merely interpreting what the bigger nature of the shared mind is transmitting.

Casagrande has been teaching in a numerous universities since year 2000 including the Tokyo University Tadao Ando Laboratory, Aalto University, Helsinki University of Art and Design and Bergen School of Architecture. He was a visiting professor at the Taiwanese Tamkang University 2004-2008 and currently runs an independent cross-disciplinary research centre Ruin Academy in Taipei in cooperation with the Aalto University's SGT Sustainable Global Technologies Centre. Casagrande's theory of the Third Generation City views the future urban development as the ruin of the industrial city, an organic machine ruined by nature including human nature.

Marco Casagrande is the Principal of the Casagrande Laboratory (2003-), a Finland based internationally operating cross-over architectural studio and a former co-owner of the Architect Office Casagrande & Rintala (1999-2003). 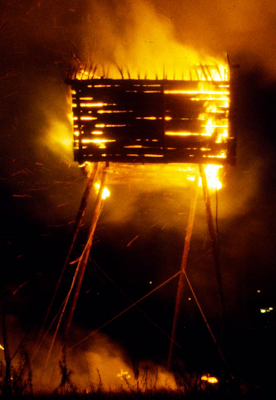 Cross-over architecture moving free in-between art and science. First one has to have something to say; then find the ways how to say it. Design should not replace reality. Nature is the only reality. Nature including human nature. Architecture ruining modern architecture and ruining the industrial city. Ruin is when man-made has become part of nature. One has to die a bit to be reborn. Without his ruins man is just a common ape.

Posted by Marco Casagrande at 9:16 PM