Finnish Architect and Professor of Architecture Marco Casagrande has launched a private multi-disciplinary research centre and Local Knowledge HQ “Ruin Academy” in Taipei, Taiwan. Located in an abandoned 5-story old apartment building in the Ximen area the Academy aims to create a multi-disciplinary public sphere focused in the knowledge building of the future Taipei - the so-called Third Generation City. 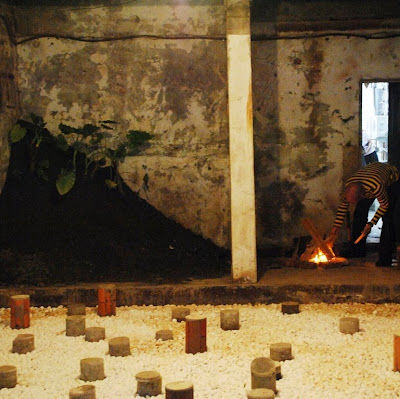 “3G City is the ruin of the industrial city.” The architect explains. “Taipei is full of ruins and the city is being composted constantly. We are interested in these ruining processes that seem to keep the mechanical city alive. Taipei is a big garden and a battle-field between the man-made and the organic. We are interested in the third condition – when the man-made has become part of nature.” 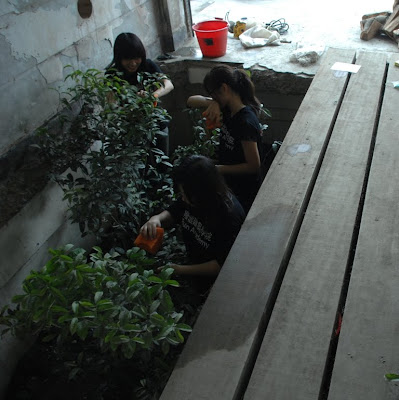 The Ruin Academy launches a series of workshops with Taiwanese and international universities and individuals .The following themes are being worked with: Urban Acupuncture, Urban Compost, Ultra-Ruin, Anarchist Gardener and River Urbanism. “Everything that we do is connected to the Local Knowledge of Taipei.” Casagrande clarifies. “Grandmothers and insects are our true professors – I just run the show.” 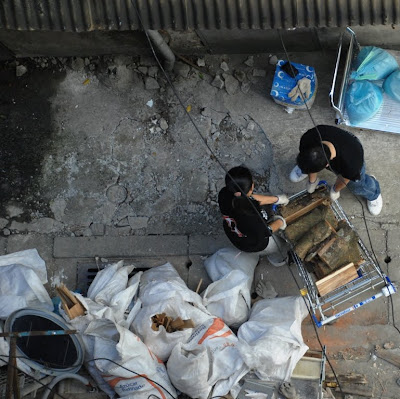 Third Generation City is the industrial city being part of nature – an organic machine. This is the Roadside Picnic gained through dictatorship of sensitivity. We will treat the city as a collective urban farm reacting to the life providing systems of nature, like water flows. We need to be lazy and give up the industrial control in order to let the nature to step in. When we give up and let nature to ruin the city the Third Generation is born. We can also try to straight design this 3G condition, but it needs a high level of sensitivity and presence. Presence is the key of all art. Third Generation City cannot be designed from an air-conditioned office. 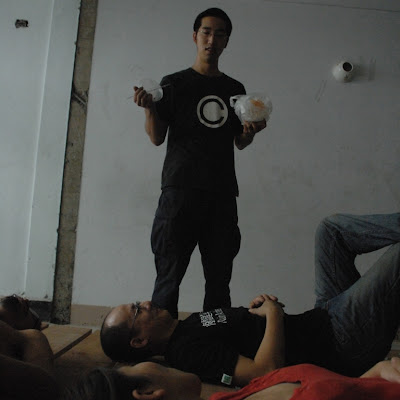 A good indicator for the ecological level of the urban presence in nature is how the water goes through the city. If clean water ends up polluted after meeting the city, the city should be broken and let re-grow based on natural accident rather than on industrial control. 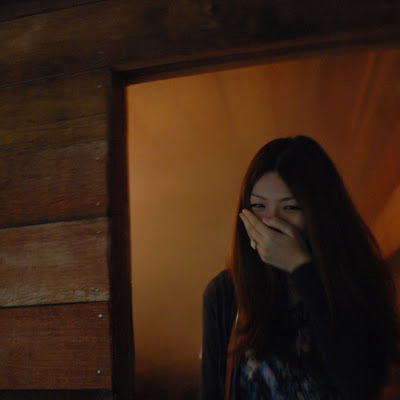 The 3G City is dominated by grandmothers taking the built human environment towards the organic. Industrialism is masculine and destructive, a pubertanic rendering of the Enlightment. 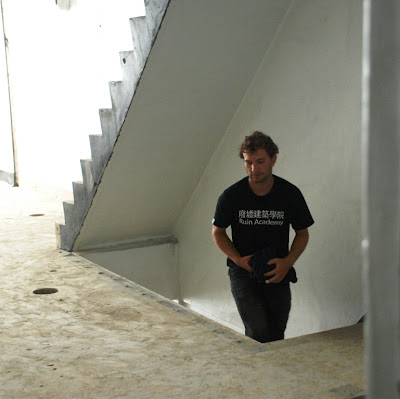 Look at Taipei. The Third Generation Taipei is based on free flooding. River will be clean and the fishes, clamps and crabs have come back. The river is in straight connection with the surrounding mountains and jungle, with the city in-between. The city surface is penetrated by collective gardens and urban farms. The houses within the flood zone are on 10 m high legs with farms and buffaloes graze under them. The urban wetlands are producing fast growing biomass fertilized with human waste. There will be some elevated highways as today and metro in the waterproof tunnel. The city blocks are bio-climatic and not closed boxes. People live and work pretty much like today, but let the nature dominate the city. This is not an artificial eco-city; you just let the nature come in and make way. 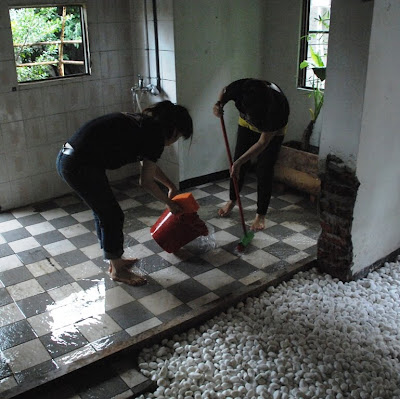 The 3G City is more demanding in the sense that you will be more physically present in the environment. You will start sweating again and understand nature through physical labor, weather it is farming, turning off the air-conditioning or driving a bicycle. No gym anymore. 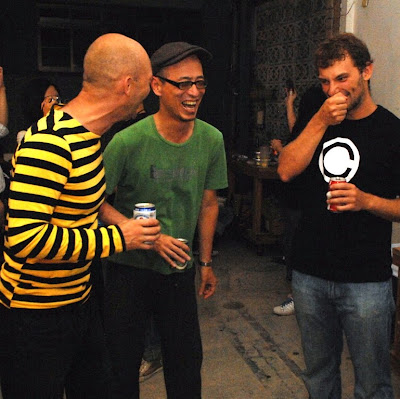 2. The jungle taking over is a classic Hollywood concept. Your ruin city is manmade, you’re intervening. With what idea/ideal?

Drama. Design follows drama. We enjoy the process of penetrating the city and see how the jungle starts reading the man-made. Plenty of room will be left for the man to share space. Ideal is Tarkovsky’s Stalker with the Frankfurt School and grandmothers on the road towards the organic anarchism. We are not really here. The Third Generation City is based on being present with nature. 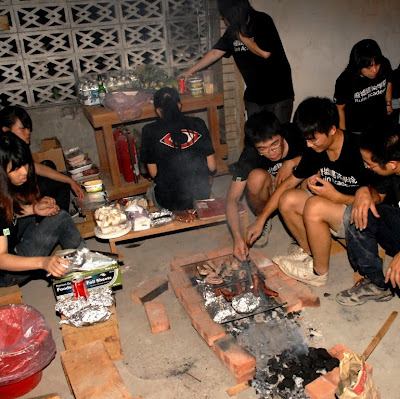 How much do we have to strip the city so that the collective drama can start happening?

Time will change. The artificial time will be changed to natural time and the city will become more like a public attic, with all the object connected to stories and collective subconscious. People will become mediators between the environment and the built human environment. 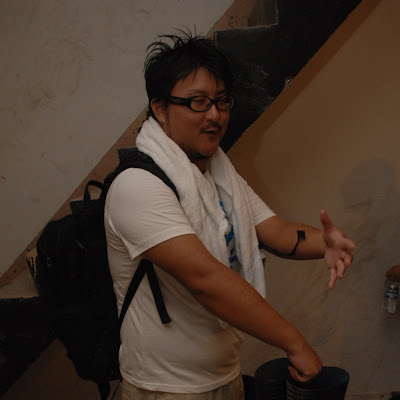 3. If you say that TGC is dominated by nature, including human nature, what do you mean with human nature?

Human nature is the level of our being that connects us with the rest of nature. This is often called sensitivity and it is the engine where all art, kindness and survival are born. This organic heart of man makes us able to sense and communicate with nature. Children are a good example of human nature. It is no accident that grandmothers, cats and children hang out together. 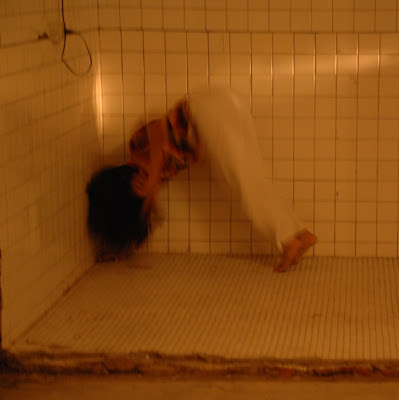 4. What this strongly reminds me of is the idea of a palimpsest, which could be directly related to a process of aging of a city. This also immediately reminds me of the city Megiddo. So it is from this topsoil that the city continues on?

Palimpsest and Megiddo…very nice. It is astonishing to feel the impact of human energy and mind in masonry, gardening, illegal settlements and all built human environment that is knitted together with nature. Industrialism and official urban development are banalizing our stories and our creativity. City becomes a therapy for people not being able to connect with their creativity and connect with the great drama of nature. All the memories of single hands in the ruins of the city are constantly pushing the urbanism towards the real human narrative. The palimpsest is in the wrinkles of the urban farmers and fishermen on the polluted river. Children have enough time and presence to read these wrinkles and connect to the stories of the nature. The third generation city process is pretty much trying to get the industrial city to get these wrinkles. The many layers of the urban palimpsest, including the industrial layer on the surface, will need new kind of reading. Not horizontal or linear as just on the surface of the city, but penetration. I guess this is where the collective farms are coming from. The topsoil is just under the asphalt. 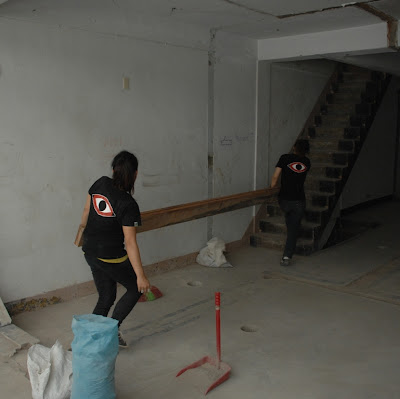 5. Local Knowledge: the way you refer to this, capitalized, gives it an almost metaphysical quality. What is ‘Local Knowledge’ within this ‘site specific’ context? We’re discussing an empty, late modern industrial complex, that is temporarily reused, right?

I was rebuilding the roof of a Fujian style red brick house in Sanjhih, North-Taiwan. I collected old roof tiles from the surrounding ruins and started to copy the system of laying them. It was very hot and people were observing how I can tolerate the sun. After a couple of days some old men came to the site and started to argue with my students, who translated to me that I am doing something wrong. I was told, that my roof is “too strong”; it would break when an earthquake would come. I should mix some dried seaweed with the cement in order to make it flexible. This was local knowledge. I started to mix the seaweed into my cement and observed when a Phimenes Sp. wasp came frequently and stole some cement from my bucket. I was wondering insect was able to eat cement. After some months I found its cocoon downstairs of our loft. The wasp had mixed my cement with mud and had made a fantastic dome structure for its offspring out of this strong and flexible mix. This was local knowledge. 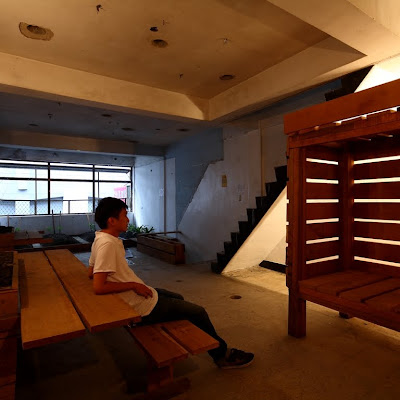 6. In relation to implicit knowledge or intelligence that is embedded in the existing fabric, what does palimpsest mean to you? This ruin academy, is that an experiment, a test, the start of a new phase in society? Is it preparing for ‘a new ice age’ (post industrial), criticizing current urban reality, making use of ‘gaps in the system’? Also: has the TGC already started and in development or do we have to help it grow?

Ruin Academy is a hole through the city. This is a vacume where you can read and interpret the different layers of the palimpsest; archeological site of dreams and of local knowledge and a base camp for positive terrorism. A vacume that is sucking in curious and sensitive people for collective knowledge building on the way towards the 3G City. A hole where people can see other people and things growing - a public sphere. 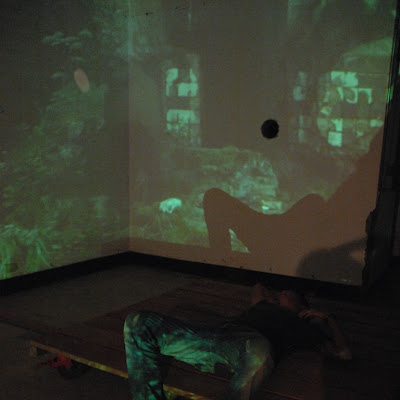 The Third Generation City has already started. The anarchist grandmothers have started it and also the floating urban acupunks on night markets, under bridge ac-hoc communal activities, on raves and other illegal spontaneous urban drama faster than police, including architect. The slow, insensitive and numb modern city in its constant fight for power and against nature is ignored by normal people, who feel its offices hostile and the brutality of the official machine turning the river into a chemical sewage. These people have always been here and they could farm the valley. They would communicate and make their rituals. They would celebrate the mysteries of the organic.

I don’t think you can help it grow, but you should stop not letting it grow. 7. It would almost seem like you are merging the archaic with the ultra modern, removing the dichotomous relation between past and future. What does that say about aging and the associations we have with it?

Ultra-modern archaic, the contemporary cave-man style. http://posturbanist.blogspot.com/
I have a problem with aging. Some things feel old, as they would have always been. City is old, but so is nature. Modern man feels rather young, almost ridiculous. Hunter in the forest is old, so is fisherman with sea. Man with air-conditioning feels rather transparent, almost no man. Polluted river feels temporary but still huge disgrace for the modern man, unforgivable for our age. With this we will not go old. I think a punishment is coming – not because our impact on the nature, but because of the insult for ourselves. Grannies will kick our asses. 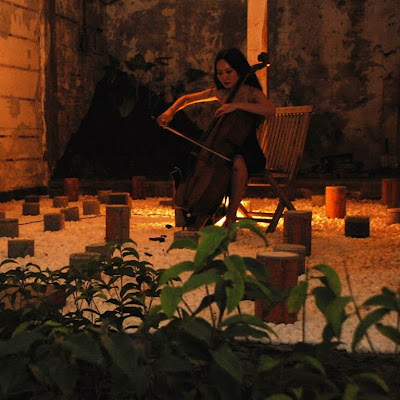 Posted by Marco Casagrande at 3:07 AM