A MAN IN THE WOODS

Marco Casagrande’s way from a young rebel to a revolutionary professor. 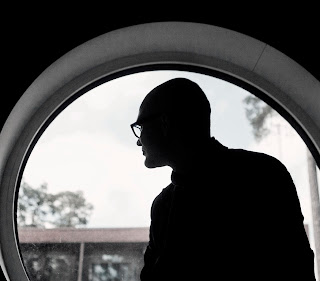 It’s almost three o’clock at night. 18 years old Marco Casagrande is woken up by his father in a house at the edge of a forest in Karjaa.

Beside high school Marco works in the local newspaper Etelä-Uusimaa. The Iron Curtain is cracking and the newspaper wants to send the young reporter to war areas. However, it’s the spring of Marco’s matric exams and his mother had hidden his passport.

Twenty-four years later Marco is barbequing corn and sausages on a terrace. His mom is watching the scene through a glass door, smiling. The son returned and started to study architecture. But the mom’s part hasn’t been the lightest. After two years studies in architecture Marco wanted to have a break. He left to Bosnia as a mercenary. About his war experiences he wrote a novel, which led into a war crime investigation. A bit after graduation, in the year 2003, Marco drove through Russia by a Land Rover and blogged about the trip:

“After stopping the car at the station we saw glass-eyed young guys in their army clothes coming out from the containers and circling our car -- we had mentioned we were heading to Khabarovsk, and were afraid of an ambush - - We left the street and drove along a caterpillar track into a forest - - At night we were awakened by roaring from the woods - - It was a bear.”

The projects of the architect Marco Casagrande haven’t been what the parents expected, not even in the finest stages. In 2000 Marco steered a wrecking ship packed with human shit to Venice Biennale. There was a little forest planted on the dirt. They loved it and invited him twice that after.

As a professor of architecture in Taipei Casagrande didn’t make it easy on himself. He moved into abandoned tea factory ruins, built a piece of roof and started teaching there. At night wandering ants made their way over the professor.

-  Is it soon ready, the daughter asks.
The grill hisses.
-  Let’s check the other side. Isn’t it a HK’s sausage you want, the father says.

Marco and his Taiwanese wife have moved to Finland from Taipei. He has two children and the family is building a home next to Marco’s parents. Maybe the grandma is looking forward barbecuing together, adventuring the neighbouring woods and the nearby observatory.

I open you the door, says Casagrande pointing to the construction site. Have a look, I’ll be there in ten minutes.

That’s enough time to have a Saturday family lunch.

He arrives in time and talks like a war was still on. In this house nobody is listening behind a corner. There’s just one big space.

- I see myself as a Trojan horse in relation to the clients who are dazzled by the title architect. Inside the architectural horse I bring in the real work.
Though with a military posture.
-  The mission is always holy. If the mission is to build a sandworm of 45 meters, so be it. 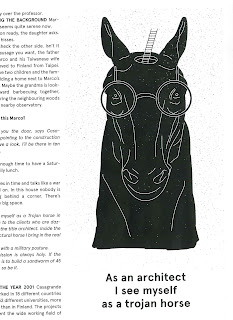 SINCE THE YEAR 2001 Casagrande has worked in 18 different countries and in 52 different universities, more abroad than in Finland. The projects represent the wide working field of an architect from installations to metropolitan planning.

Casagrande is more interested in recreating an existing city than building completely new – planning how positive things can be strengthened and negative things changed by planning.

- I’m not attracted to build an ecocity from nothing. People are somewhat unpredictable. They pasture the city like anarchists breaking the stiff machine. For example in Taipei elderly ladies have stolen electricityand water, and are cultivating the land around the World Trade Centre. The same area that big companies have been fighting about for years.

- And when the official city closes for the night many streets change into different worlds, with fruit sellers, tai-chi trainings, under-bridge karaoke, parades – things people love. If one tries to plan that it turns banal.

THE URBAN ACUPUNCTURE THEORY defines many recent works of Casagrande. He’s considered as the inventor of the theory, which is close to Micro Urbanism.

- When people visit places, they describe them in terms based on their subconscious experiences: it’s nice atmosphere, safe, fun and so on. In official talk the city freezes into a mechanical reality. Urban Acupuncture aims to focus on the things that actually determine the human behavior. With the acupuncture needles the mechanical is bent to organic. 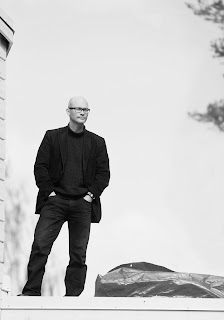 - In Taipei they are quite serious with the possibilities of Urban Acupuncture. It’s an urban river valley not able to dialogue with the nature. Many people in the city don’t even know that there’s a river flowing through.

In the dictator Chiang Kai-Shek’s time a reinforced concrete wall of 12 meters was built between the city and the river.

- I’ve interviewed the fishermen, who used to fish in the river, it was drinkable water and used to washing as well. The river flooded, but there was enough floodplain. Then hyper-industrialisation came with chemicals, and after a while they started to tell the water makes you blind, and the wall was build. Was it build in order to turn the river into a drainage?

- All at once the wall can’t be demolished, but the planning process has started. Beneath the city there are also canals and streams, which are covered with concrete. It has been thought over how they could be opened so that the building of the ecological valley .

- Participatory planning is difficult in Taipei, because people tend to keep their faces. However, traditional building methods could be utilized better than nowadays. In Asia farmers keep on moving to the cities, and they are handy to build bamboo constructions. That is a great potential.

CASAGRANDE ENDED UP in Taiwan after meeting Chi Ti-Nan, a messenger of Micro Urbanism, in Venice Biennale. The Finnish background has been useful in Asia.

-  I have avoided the east-west-confrontation by telling I come from the north. A barbarian from the northern woods, they believe such a guy must have something to give! And they also like the Moomins.

The Finnish relation to forest can be more earthmoving than the fairy tales. Once Marco and the Taipei-born journalistwife were coming from Pieaksämäki. The bus stopped by a Teboil. Straight after the asphalt yard there were green grass and a forest. Marco noticed some trumpet mushrooms, rushed into the woods, where he found fish bones, a dock and fishermen. The shocked wife shuffled far behind.

- From outsiders point of view the Finnish character is such a strange one. Educated high-tech-people live at the countryside like barbarians and the land is a half a year frozen.

- Still the architecture in Finland is roughly expressed people in boxes and the surroundings strictly outside. Control is an easy but not an interesting starting point. Architecture – a closed tectonic thing must be broken. I keep on talking about ruins … 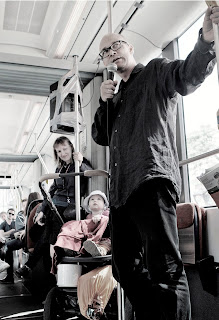 -  It’s good to work among students. They are not stucked by too much dull work, they take risks and work long days still passionate, even though eking out their living.

- There’s power in students and in universities. The university is much better environment than working life although it has lost kind of universality as a result of endless focusing.

- In Wastelands I wish to mix environmental artists and architects. The architects shouldn't stay just themselves. I have only good experiences about collaboration with engineering students. However, in my opinion the architecture students have got a bit boring. Environmentalart can challenge architecture completely, if architecture becomes only design and social jargon.

- But the symbiosis of environmental art and architecture could change both sociological and urban environment. In Finland there are resources to face these questions.

In 2010 Marco founded the Ruin Academy in Taipei city center. The Academy is a block of flats without inner walls. Water rains in . There are no windows, but agriculture inside. Marco visits the place once a month. With the students he’s waiting for the nature’s invasion.

- If you don’t know the nature, you don’t know the reality. The city is like an amusement park, where people start to quibble since they can’t find what they are searching for and need therapy. Fritz Lang states in his film Metropolis that architecture must be the heart, the intermediator between the man and the nature. Pure design can’t do that. Art instead includes falling and anarchism.

PROJECTS AND CONSTRUCTION WORKS dominate the life of Casagrande. During them he sacrifices everything in order to be present.

- I work on the planning phase desperately, like drifting in a forest with the consciousness there’s something to find until the building begins. When people start to gather, flying from all around, the I once again remember how things will get their form. During the two months the project alters all the way, it reveals levels that were hidden before.

In a creative process fear is a crucial feeling for Casagrande.

- I am afraid that all the possibilities of a work aren’t relieved. But fear is for good, it means the project is more important than the architect. It would be perverse peacocking to make any kind of shit and think that being an architect is the thing. The role must be deserved. All the time you have to sacrifice a part of you, die at least a bit.

-  And even though that’s the aim, I often think what on earth I’m doing. Sometimes I despise myself. I need to feel that I’m moving forward on the right way, preserve sensitivity.

- Maybe it’s for that: a ready made project is always a small death, you realize you cannot stop. You must carry on.

“ Builderguys, call the mechanic Lepistö” is written on a piece of plywood. This house – a ship heading to the forest – is soon ready. Where is it going?

In the end of 90’s Marco’s mum left a magazine Anna laying around. Marco found a depth interview of the professor Jaakko Hämeen-Anttila. The architecture student got impressed. Later they met, and Casagrande who was teaching in TAIK that time asked Hämeen-Anttila to give speech in the school. They still keep in touch: “I encourage you on your way to a revolution. Anyway, I recommend you to be careful, if you know what a revolution is about.” That’s the message of the friend for Casagrande 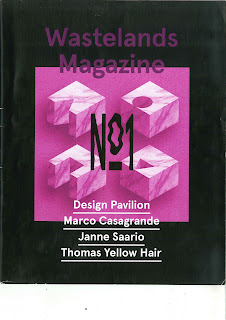