Casagrande shares space with the jungle 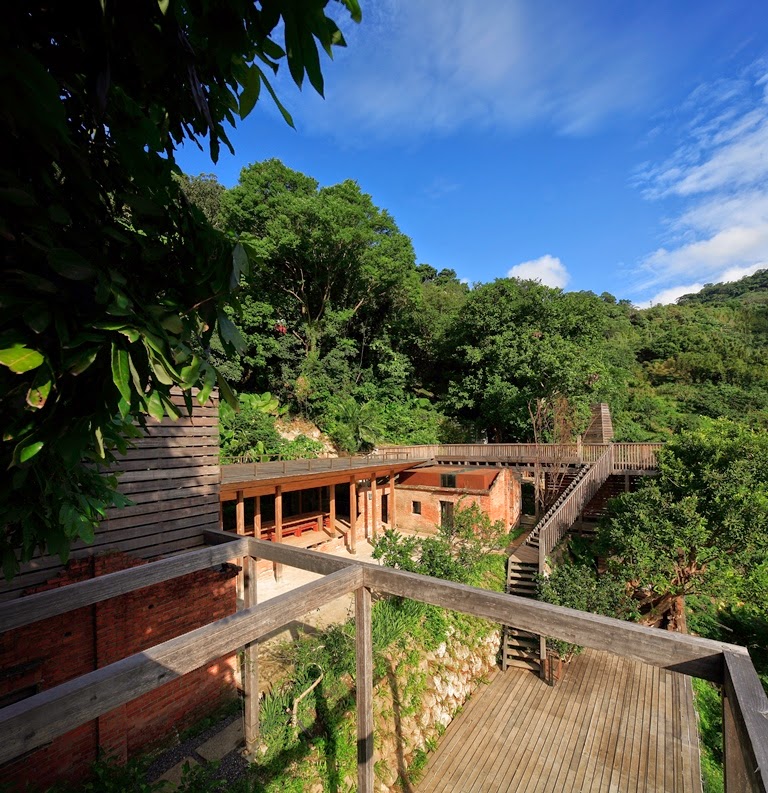 Early in his career, Finnish architect Marco Casagrande grasped the need to cut across disciplines - in the arts and applied sciences - to give form to his broad vision of the built environment. His current research involves the development of urban interventions on different scales, projects meat to shape and follow the shift towards a postindustrial city: an organic matrix lying in ruin, within which nature and man-made constructions are closely intertwined.

In the Taiwanese jungle, nestled amid a tangle of tropical vegetation, Ultra-Ruin is autonomous and off-grid. The single-family house was designed to give rise to unfettered interaction between natural processes and built form over time. It epitomizes Casagrande's experimental take on architectural conservation and puts a spin on the established view of bioclimatic concepts employed in the design of residential projects. Here the architect shows his appreciation for the tectonic qualities and the promising adaptive possibilities of a decaying brick farmhouse, a building that had fallen into disrepair and that was - and is - exposed to the elements and to wildlife. 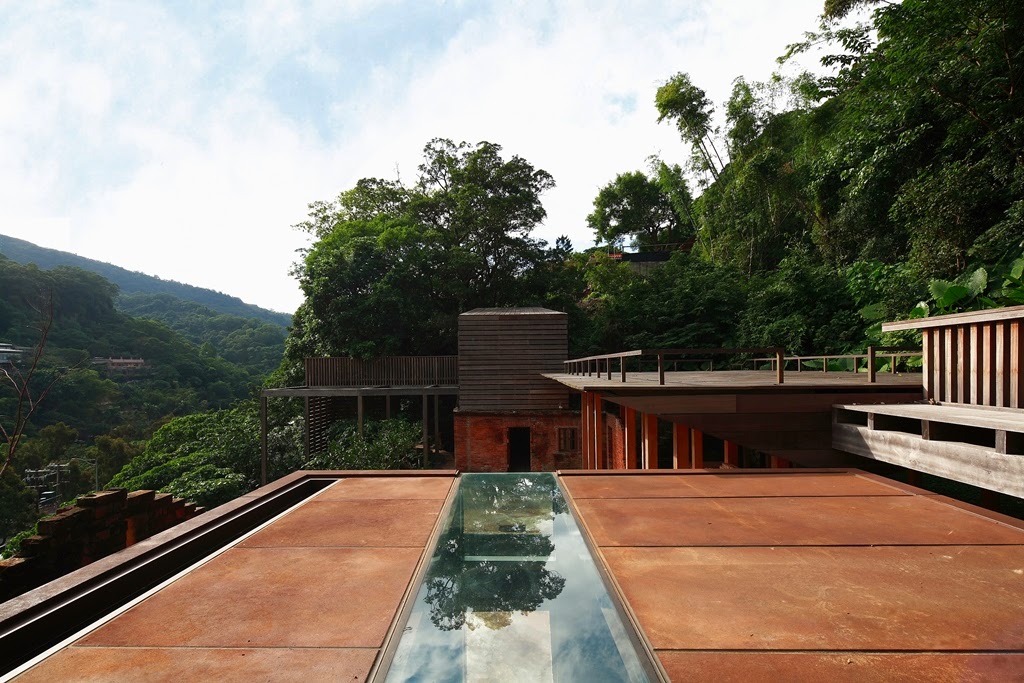 Its renovation appears to have come about both organically and fortuitously. The architect drew upon the existing structure, using only minimal methods and resources to achieve tremendous gains in terms of spatial adaptability and flexibility. Casagrande explains that a commission of this kind "usually starts out with rough sketches and goes forward to small-scale physical models". The architect who immerses himself "in the physical and cultural context of the project", he stresses, is "all the more qualified" to execute his plan properly. 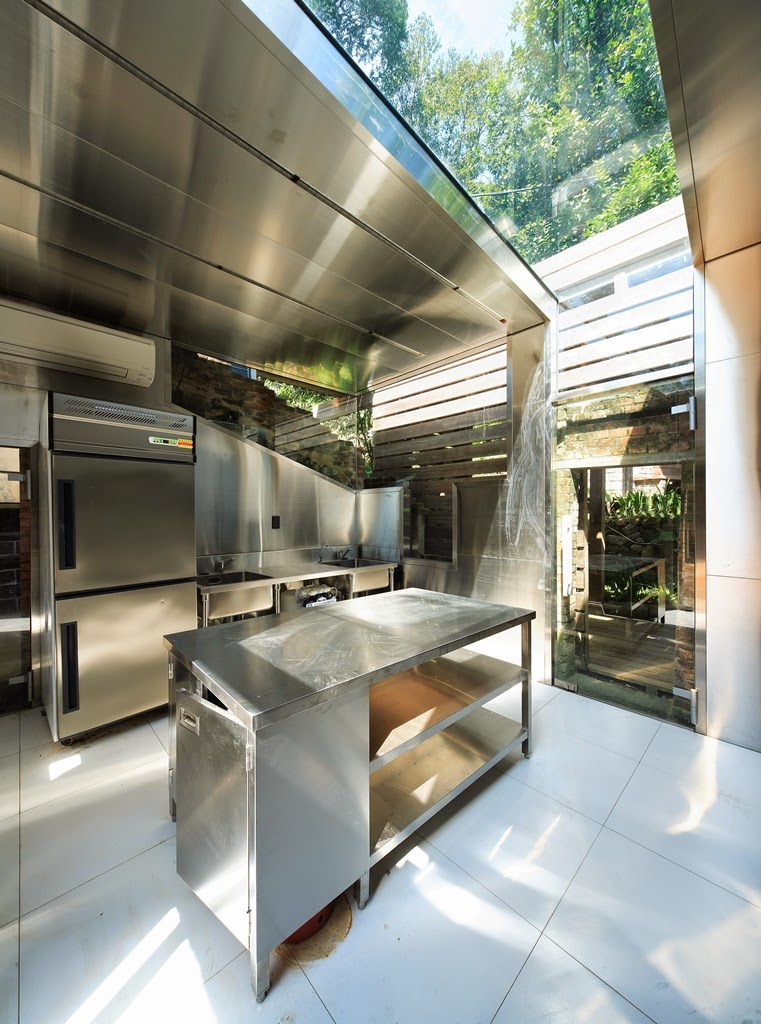 Encompassing two levels, Ultra-Ruin is a free-flowing sequence of serene spaces that engender spiritual reflection while mediating the contrast between inside and outside, deftly allowing one to assert itself within the other. Evoking the building's lush setting are several local timbers, such as mahogany, which was used to construct the walkway that leads to the entrance. Other materials, however, provide a crisp, contemporary counterpoint to nature and to the project's rustic appeal. 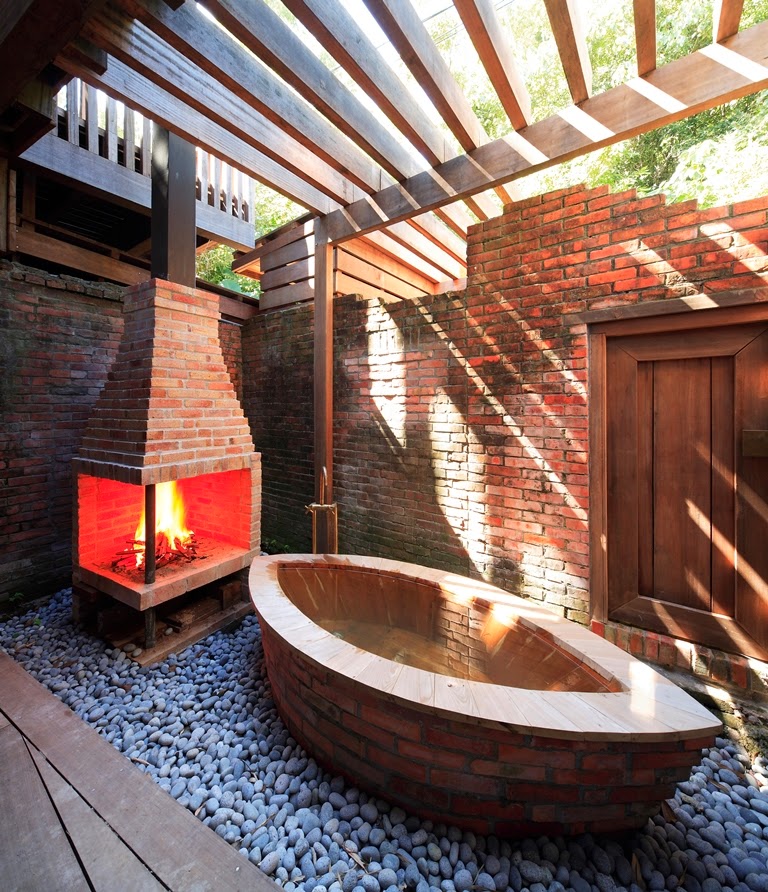 Casagrande's work seems to be driven by the desire - if not archaic, then at least unconventional - to build shelters, improvised structures that grow from the inside out to gradually shape and enhance the lives of his clients. Poised between construction and destruction, Ultra-Ruin is an emotional piece of architecture rather than a pragmatic piece of convenience. 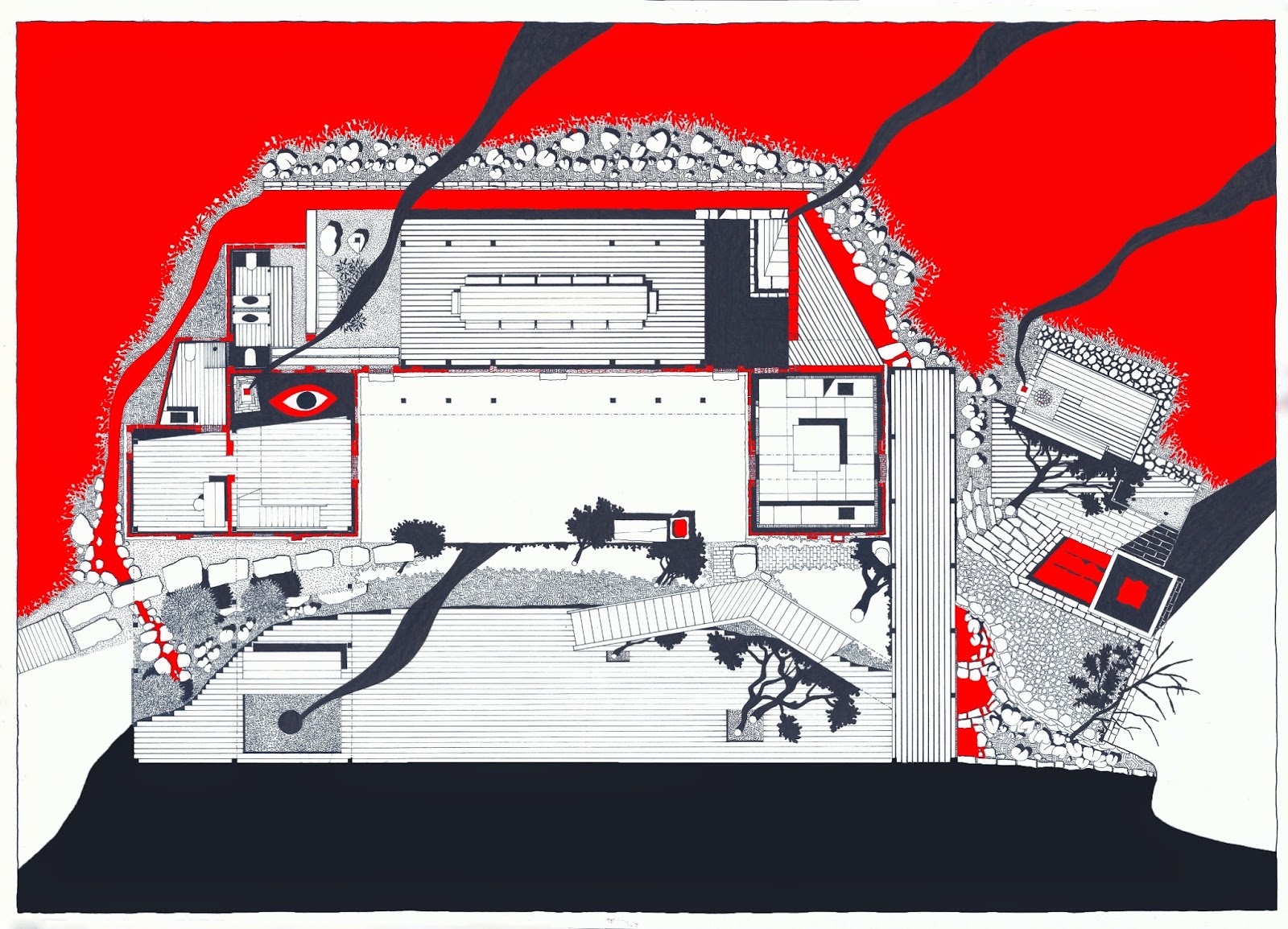 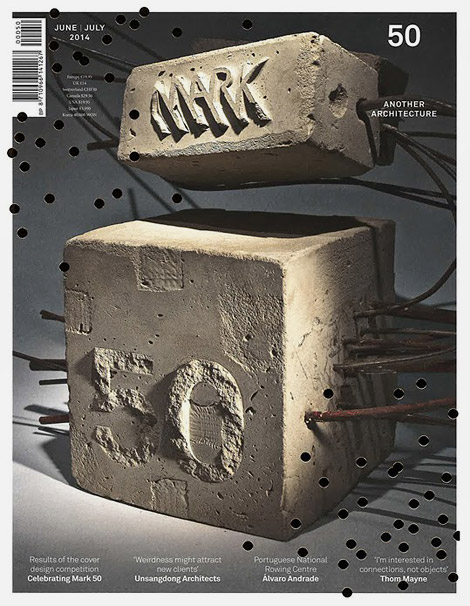 Posted by Marco Casagrande at 11:44 PM