"IF YOU ARE NOT CONNECTED WITH NATURE, YOU PRODUCE POLLUTION"

Marco Casagrande considers himself an animist architect. Architecture shouldn’t impose itself on nature. Physical presence is the key. “I like to build a fire before I start constructing. Sleeping at the site also helps me to get connected with it.”

The sensual entanglement of ruins and wooden structures, refurbishing an abandoned building with provisions for trees and plants, an organic structure of willow branches in between depressing residential towers: what stands out in the provocative architecture of the Finish architect Marco Casagrande is an ambivalent attitude towards design. His designs have a sophisticated quality, yet he also seems to criticize design in his work.
“I am not comfortable with architecture that has become design,” he explained. “To me that kind of architecture feels like pollution. Architecture should be connected with reality. Design stands on its own. It tries to replace reality and to be independent of it, solely expressing the designer’s point of view. I cannot put my thumb on the precise reason, but I feel that design is my enemy.”

How can you possibly escape “design” while making architecture?


“I always try to ruin my own design. Architecture, real architecture, is not about imposing an artificial order on reality. It is about digging it out like an archaeologist. Therefore I work on a project until it starts to become itself. Sometimes, while designing, a moment comes when I feel that it is 'there'. Often it has to do with the site. I work at different places. I am like a parachutist, I am dropped in somewhere and then I have to open myself up to the place, to break myself open, to exhaust myself, until I reach a state of feeling the site. It's essential to get that feeling and to keep it. What I should do or shouldn’t do then starts to reveal itself. This process is not at all easy. And it isn’t necessarily pleasant. It can even be painful, especially if I try to rush at it. But I know that my own project first has to die. Every good project has to die at least once, and then it gets the chance to become more than you ever could think of beforehand. Of course, it mustn't die completely. But it has to die in such a way that you lose control over it. Control is another enemy, besides design.”

Do you have particular strategies for giving up control?
“I like to build a fire before I start constructing anything. Besides, I need a fire because I have to eat, dry my clothes and repel mosquitoes. Building a fire is a powerful method for connecting with the site. It means that I have to find out where to gather wood and I have to check the direction of the wind, before I can decide on the right place to build a fire. It often turns out in a later phase of the project that this place is  a meaningful place in the building. Sleeping at the site also helps me to feel the connection. It teaches me where insects are coming from and how the wind changes during the night. It generates encounters, for instance with local people who sneak through the site, a grandmother who takes one brick because she needs it for something.”

Can you apply that strategy equally well in the city?
“It definitely works in the city too. In the Ruin Academy in Taipei, in an abandoned building, I took away all the windows. But while sleeping there I found out that I had created an unpleasant acoustic situation. The rooms echoed with noise from the traffic. So I had to grow bamboo in the windows and make wooden structures to damp out the echoes. Physical presence is the key. You can be present mentally, but you have to be present physically as well. Site specific conditions materialize in your body; you can only understand them through your body. Being together with others physically, working and sweating together, is a significant tool for communication because we all share a similar body. We share the same physical sensations, independently of our culture.”

But in the end you are constructing something, which means that you create a projection for the future, beyond your presence in the here and now.
“I am not so sure any more what time means. I used to think of time as being born, growing up and dying. But now I am growing more aware of different time scales, unconnected to my own lifespan. The times of other people, of volcanic rocks and granite, of the ants that crawl through the site and the plants and trees that grow there, of the wind and the typhoons, the time of the Earth and the Moon. Each phenomenon has its own time, and I want to understand them all and let them meet ‒ for instance, to direct the wind so you are touched by it while sleeping. Or to raise the floor so snakes can crawl under it." 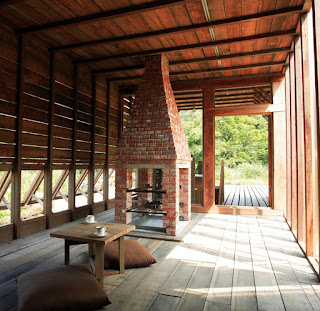 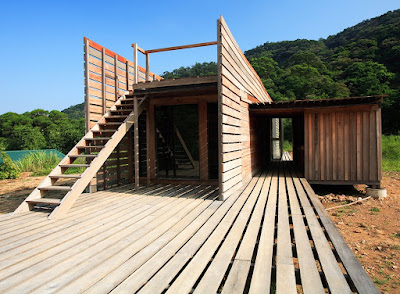 Do you mean that you try to orchestrate different times?
“I know something about atmospheric circulation and the course of the sun. But essentially, I don’t know what I am going to do in advance. I trust in accidents. I try to make a platform for accidents. I dig myself in and something gets constructed out of the mess. Treasure Hill in Taipei was an illegal settlement in a complex of abandoned bunkers. The local government commissioned me to develop an ecological master plan for Taipei Basin, while the same government was destroying Treasure Hill. I found Treasure Hill more interesting. I started a farm where a previous farm was destroyed by government officials. But I did it in the wrong way because my model of farming was Finnish, which means you put seeds in the ground and plants will grow. An old lady who used to own the farm passed by and criticized my work. She told me that a typhoon would wipe away everything I had done. She instructed me on the right way to do it. I had to dig ditches and plant the seeds in specific places. Finally the farm began to look like a farm. At the same time the whole settlement was watching me. Together with the grandma instructing me, it became a piece of theatre for them. They realized that she had accepted what I was doing, rebuilding her farm. They lost their fear of the government, showed up with tools and began replanting their own farms. An accidental encounter set off the whole process of rebuilding farms and eventually Treasure Hill.”

Architecture is usually concerned with solving problems. Modernity can be seen in this light too. Do you consider your work as a criticism of modernity?
“Modernity is the aesthetic representation of industrialism. But I try to think positively about industrialism, which is of very recent origin. Maybe it will learn to become part of nature some day. Maybe it will become an organic machine. To achieve that we must open ourselves up to site specific knowledge. I would not call it old knowledge, because knowledge is changing all the time. However, industrialism still assumes that it is independent of nature. Nature is often seen as something hostile, with its floods and typhoons. Through industrialism we create a machine that is completely functional and not related to nature, although it uses its resources. To me, nature is a specific mentality, a mind that thinks of just one thing: to maximize life in the given conditions. If you are not connected to nature, you produce pollution.”

How do you see your work in relation to modernity? Is it a proposal to build differently, or is it a kind of meditation on our attitude towards nature? In other words, is it more like a work of art?
“I consider myself an animist architect. First of all I attempt to connect myself to the mind of a city. Because I can usually communicate only with a limited number of people, I spread rumours through the city. You cannot control rumours. They change all the time. They are like creatures. You can only send them but not control them. Rumours are powerful. I think you could design cities just by rumours. Often my work functions as the source of rumours. People react to them easily. Sometimes I talk about urban acupuncture. That is basically the same. I asked students of the Tamkang University in Taipei to build Trojan horses in order to 'attack' the city. The hidden content was of course not soldiers, but letters from citizens to the mayor expressing their wishes, thoughts and complaints about the city. The rumours spread and we collected thousands of letters. The media became interested. Finally the mayor had no choice but to receive us and to read some of the letters aloud.”

You did some projects with ruins. What do you find attractive about ruins?
“I find them hope-inspiring. There is a lot of hope in ruins. A ruin is architecture that has become part of nature again. Nature reads architecture easily. Mosses start to grow, then plants and trees. To me that that is very beautiful. People usually try to seal their home against the intrusion of nature. To keep nature out of the house, you have to clean it and maintain it all the time. It's a form of control. But if you abandon the house, nature will break in and the house will become part of a life-providing system. I call this second generation architecture. What I am interested in is third generation architecture, when you return and find that the house has become part of nature. How can you live there?  There is plenty of space left over, but perhaps you have to accept that the interior has been penetrated by a tree and plants are creeping out of the cracks. The house is no longer shielding you from nature. It has become an intermediary between you and nature.”

You went to live in a ruin. Can you explain how that worked out practically?
“When I was working at Tamkang University, I told the Dean of the architectural department, professor Chen, that I didn’t want to live in a house any more. I asked for a ruin instead. He found a derelict rice packing factory for me next to a rice paddy. My wife Nikita protested that we could not live there because rain came in through the roof. So my first step was to build a roof above the bed, and the next was to provide facilities for keeping ourselves clean. We could get water in buckets from the nearby river. I fixed up a heater with a gas tank for hot water and cooking. We went from one step to the next until finally we could move in.”

You didn’t design anything?
“I don’t think you can really design architecture. Of course, you can reach a certain level by drawing and making models. But that does not get to the essence of architecture. I only understand what needs to be done once I am occupied with building on the site and experiencing the space growing around me. This teaches me, for example, to make a small adjustment so that I can see the moon at night. If you base the construction of a building only on drawings, you force it to comply with preconceptions. Then the architecture becomes strangely crippled, growing out of nothing. Architecture shouldn’t impose itself on nature. Architecture should be pliant, an undecided form.” 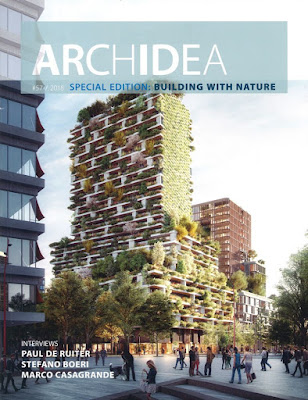 Posted by Marco Casagrande at 1:44 AM