TURKU BEING A TARGET OF POSITIVE TERRORISM

ART STUDENTS FROM CHINA AND GERMANY PARTICIPATING IN THE COLLECTIVE EFFORT OF SAVING THE CATHEDRAL SQUARE
Anni Teppo / Turun Sanomat 1.10.2011 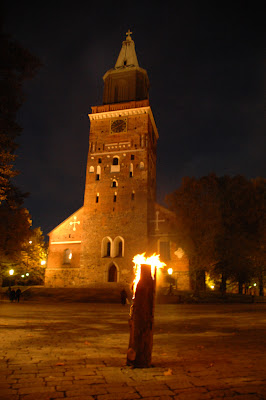 On should not call the emergency number immediately, when seeing a lady drilling holes into the Uudenmaankatu-street or a man lighting up lumberjacks candles around the Turku Cathedral. The acts as part of environmental art works by two students from the Aalto University (Deparment of Environmental Art), and the students are operating with a legal permission – at least almost.

Chinese Shuchin Shen and German Ronny Korn want to wake up the citizens to realize the value of their home city’s and especially of its heart, the old Cathedral Square and its surroundings.

“We are treating Turku with urban acupuncture. Our art works are acupuncture needles and will hopefully generate positive reactions.” Shen and Kord are explaining. 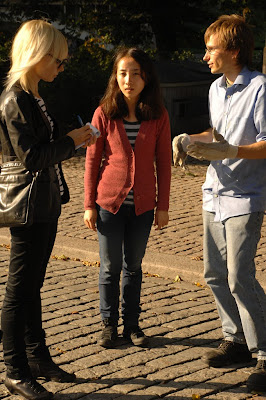 Their individual means of acupuncture are very different. During the night Shen has been drilling holes into the Uudenmaankatu-street and into the holes she has been planting dandelions, which will root deep into the “old Turku”, she hopes.

”I wonder, if I could in a way burn Turku again and return the city to its form before the traffic disturbances”, Korn is smiling.

ARCHITECT FROM TURKU AS THE INSPIRER

But how have the young students from China and Germany ended up saving Turku? Behind the action is operating Aalto University educator Marco Casagrande, an architect from Turku who has been concerned a longer time of the Cathedral Square situation and how the traffic problem of the Uudenmaankatu-street could be solved. 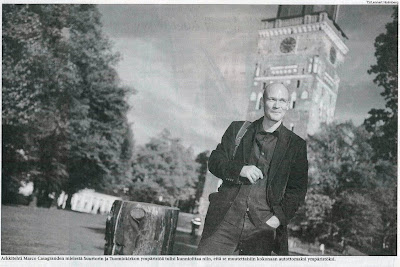 In architect Marco Casagrande's opinion the surroundings of the Turku Cathedral and the Cathedral Square should be respect in a way that would lead into a car-free environment. 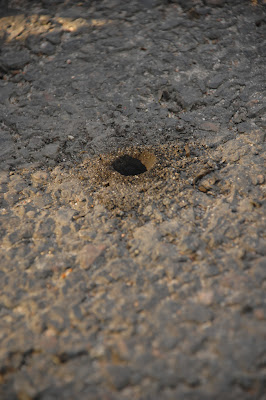 But how can the Turku city allow drilling holes to its streets?

“Well it can’t and actually the police did stop Missis Shen during the night and wondered what she was doing. Shen has been practising positive terrorism, so to say, and actually been operating without a legal permission, but on the other hand the drilling of the holes is giving a suggestion for a possible solution what could be done on this site in a bigger scale. Lowering the road into a tunnel going under the Aura River would free the heart of Turku from cars for good. And Turku is worth it. “ Casagrande says.

The sudents are realizing their action in co-operation with the Turku Touring and the Park Department, among others. Casagrande says that he is surprised by the positive support that they have been receiving from many sources form inside the city.

Anne-Marget Niemi, the chief of Turku tourism was thrilled about the project immediately.

“We have been talking with Marco a longer time about the situation of the Cathedral Square and everything exiting like this is welcome.” 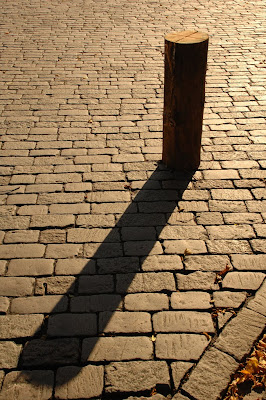 One of Ronny Korn's lumberjacks candles on the Turku Cathedral Square.

The jätkänkynttilä-fires will burn off probably by Saturday, but the effects of Shuchin Shen’s dandelion acupuncture might start working with a longer perspective.

Posted by Marco Casagrande at 12:27 AM