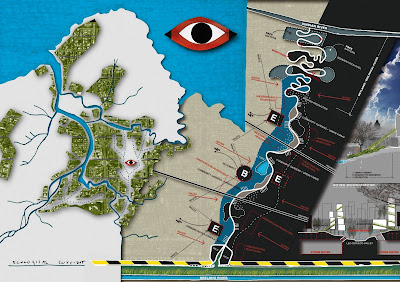 Taipei exists because of the river. The first generation Taipei lived in straight connection with the river nature and it developed its local knowledge, how to harvest the rich resources of river systems, how to survive with the floods and even how to make artificial man-made floods as the basics of rice farming. The second generation Taipei is the industrial manifesto of a city as a machine and independent from the nature. In case of Taipei the river nature was shut off from the urban narrative more radically than perhaps anywhere else in the word: the industrial city built its own city wall, a 12 meters high reinforced concrete wall to block the river entirely from the city. This wall has proven to be very effective to cut nature out of urban life. Now the citizens are children of the machine, not nature. 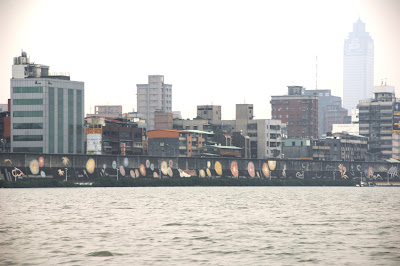 The modern machine turned the river into an industrial sewage. The smaller rivers and channels all across the city were covered with concrete and asphalt decks and were as well turned into sewages. “Not even the dogs eat the fish of the river today.” Says Missis Chen, the leader of the Treasure Hill original community. She has lived all her life by the Xindian River, washed her children in the river, drank the clean river water and ate the fishes, crabs, snails etc. from it. The urban farms of the Treasure Hill community were on the flood banks next to the river. The river was flooding, which was considered normal, the architecture had been adjusted to this. 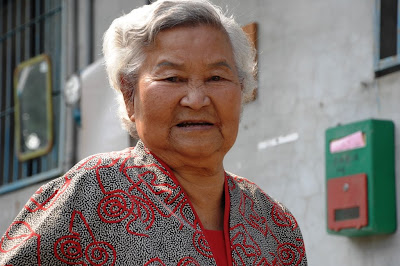 Missis Chen of Treasure Hill has lived all her life with the Xindian River and has wittnessed its pollution from a clean and drinkable stream into an industrial sewage.

Missis Chen is not alone with her memory of the clean river. This local knowledge is still remembered by a large section of the elder generations throughout the Taipei citizens in all classes. The best testimony for the changes of the Taipei rivers comes from the Jiantai fishermen, who have physically witnessed the disappearing of one species after another from the river and in the end leaving also the remaining species polluted and not eatable any longer. For them the starting point of the pollution and the city’s change of attitude towards its natural environment is clear: the dictator’s wall. 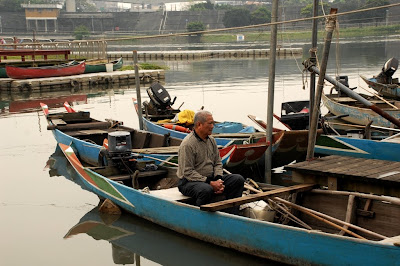 The elderly Jiantai fishermen still remember how the river used to be a treasure chest of seafood and how the annual floods were a normal part of life.

“One day Chiang Kai-Shek’s home got flooded and the dictator got mad to the nature. He ordered the city to build a wall to the river. After the wall got there, the river got polluted.” The fishermen explain to us that before the wall the flooding was not a serious problem because the water had plenty of space to spread out. The water rose up to a knee height and this was normal.

The strength of the ecological restoration of the urbanized Taipei basin lies in these older generation experts of local knowledge. For them the built human environment in straight connection with the river nature is not a fiction, it is a reality that they have been living.

Taipei needs therapy. The collective subconscious of the city is very organic. This gets manifested through the networks of illegal urban farms, community gardens and illegal architecture all over the city. This is also in the nomadic character of the citizens getting together in the night markets, tai-chi trainings, under-bridge karaoke and even in the parades of the local “land gods”. The official city is not organic at all though. It is a manifest of hard line industrialism and with a totalitarian attitude towards the nature, including human nature. The ecological restoration of Taipei City is a process of letting the collective subconscious surface in the city, letting the local knowledge to become the new official. River is in the focus of all this. The heath of the river is the reflection of the health of the city. The wall must go. The city and the river must re-unite. 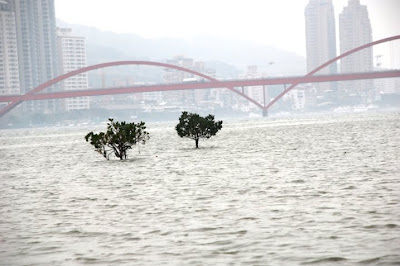 Taipei must find a new way of co-existing with the river nature - a some sort of mangrove urbanism which would allow the free flooding of the river and return the city closer to the natural pulses of the surrounding environment.

When the wall goes…

* Flood gets into the city.
* City gets into the river.
* Covered rivers, channels and streams will be opened up.
* Urban farming along the flood banks gets extended.
* Bio-mass production for bio-energy gets introduced in the flood banks and on floating farms.
* Waste waters get 100% purified before getting back to nature.
* Sludge will be treated by PACS technology and used for agriculture and bio-energy.
* Off the grid areas will be introduced with localized water purification installations.

Flood waters get collected into community scale underground containers.
Underground storm water is used for acclimatising buildings and for irrigation.
Sediment pollution in the rivers will be treated by PACS technology.
Architecture has to adapt for occasional flooding conditions. 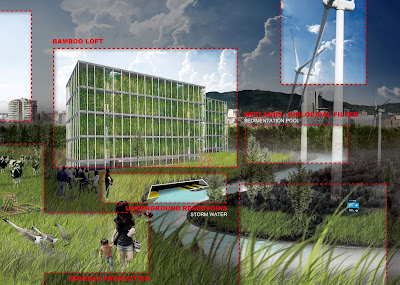 Storm waters could be harvested into underground reservoirs benefiting to the city's cooling, irrigation and storm water readiness. Casagrande Laboratory, 2011.

Free flooding suggests the city some new infrastructure. Taipei could render the Tokyo experience of capturing the storm waters into centralized underground container installation but in a de-centralized way by building the underground water reservoirs in community scale. These reservoirs can then be used for cooling the above buildings and for irrigation. (see Aalto SGT Taipei River Urbanism, 2011)

River urbanism needs participatory planning from all the share-holders of the urban river: Taipei City, Taipei New City, Taiwan Central Government, local communities, NGOs, universities, developers, illegal urban farmers, environmental technology providers, international experts and possibly even United Nations. UN-HABITAT would appreciate an urban river restoration project in this scale that could act later on as an example for cities around the world with similar challenges.

“Pollution comes from up-stream.” Says Missis Chen of Treasure Hill. With this she probably means that up on the mountains are still a good bunch of illegal factories and communities that are releasing their waste untreated straight into the rivers. The sources of pollution should be controlled from the whole drainage area of the Taipei Basin. Modern environmental technology can provide waste treatment solutions even for factories of the grid. The new biological treatment systems, such as the PACS technology can treat the waste on the spot and are easily scalable to factory and community scales.

Building up the concrete wall was easy, but demolishing it seems to be a big challenge. The city inside the wall has been built in not much consideration for the natural environment. Actually nature is seen as something hostile for this fragile man-made machinery. With River Urbanism our challenge is to tune this machine into an organic machine. We already have the great hydrological machine of the pulsating river nature inside us. Somehow the city needs to find a way how to pulsate together with it.

I propose two possible ways how to start the development towards the Taipei River City. The first one introduces a methodology how to punctually clean the city from inside and how to open up the city towards the rivers from inside. We call this Urban Ecopuncture. The other example is the possible case of Guandu as an example of a river city. 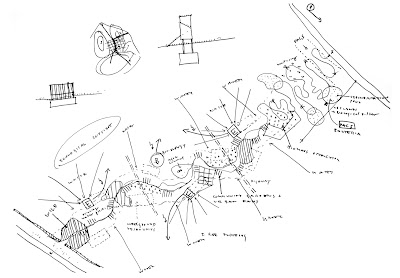 Opening up the covered rivers, streams and channels will give a possibility for Urban Ecopuncture, cleaning the city from inside. The opened up water ways could act a biological filters purifying the water originated from the polluted rivers. The communities around these Urban Ecopuncture areas would receive, treat and recycle the waste from the surrounding city acting as eco-valleys within the urban fabric. The eco-valleys would contain the needed environmental technology to take care of its share of the surrounding city. The eco-valley areas would also have the first underground storm-water reservoirs and act as flood relief for the surrounding city as a sponge. 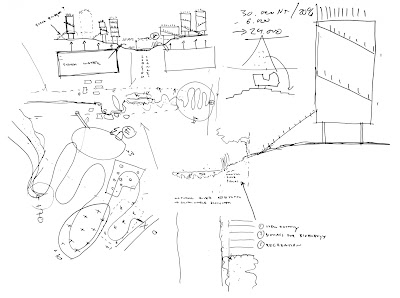 The design methodology of Urban Ecopuncture is developed in co-operation with Finnish EPEC taking the eco-city principles of Professor Eero Paloheimo into the hearts of existing cities with ecological challenges. 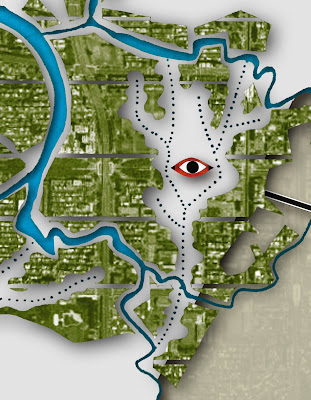 Leo-Gong channel was constructed in 1760 and it made possible the effective farming of the fertile Taipei Basin. Now the channel runs under the city as a sewage.

The Leo-Gong channel could be the first one of the Taipei eco-valleys. Through its length we would biologically purify the Xindian River originated water and use the clean water as the centre of the new ecological environment. We could have a beach inside the city. New housing would exist together with the old communities and facilitate the needed environmental technology solutions for the waste treatment and energy production for the surrounding city. 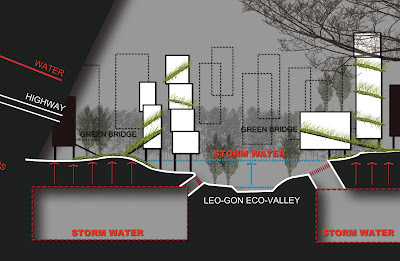 The opened up Leo-gong channel would act as an urban sponge taking care of the surrounding city's storm waters. 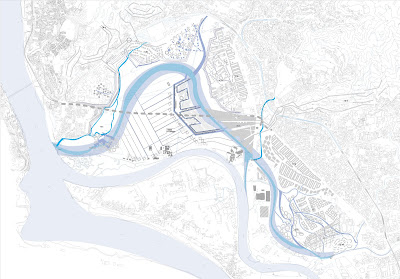 River City Guandu powered by a man-made river that would purigy the polluted waters from the Keelong River as a biological filter. SGT / Aalto University.

Another possibility for the first approach toward the river urbanism would be in the possible case of developing the Guandu flood plain area, in which case we would talk more of a newly developed River City rather that urban restoration through the eco-valleys. In our previous research through design –process we examined the possibilities of inhabiting a 150.000 residents eco-city in Guandu. The basic character of this solution was to move the dividing highway into a tunnel in order to unite the now divided ecological area and to build a man-made river taking most of its current from the Keelong River. This 7.2 kilometres new river would act as the biological filter purifying the water for the infrastructure use of the new Guandu River City.

High water scenario at the Guandu River City. Part of the housing is floating, partly standing on stilts and partly constructed on artificial islands allowing the free flooding of the surrounding rivers. SGT / Aalto University.

The whole urban design is based on free flooding. The digging of the highway tunnel and the new river would provide enough soil for sculpturing island-platforms for the new architecture that would survive also in the high water conditions. Some architecture would be floating and some stand on stilts. The fertile flood plain would be used for bio-mass production as a resource for bio-energy. This bio-energy agriculture could then spread larger into the Danshui and Keelong Rivers flood plains. Besides bio-mass production the Gaundu River City would encourage urban farming and community gardening in all scales and also being integrated into the buildings. All in all Guandu would be an eco-city living on the principles of free flooding, producing energy and food and treating its own waste. The green area would still keep its positive impact to the Taipei micro climate.

Will this be really happening? Will the river be really back to the city? Really back, a real river – not just amusement or decoration?

No. The river will go nowhere. The city must go back to river. The river is already there; it has always been there and will always be there. The city is the question. The city cannot become an obstacle on the way of the life providing system that is referred to as nature. Nature is the only reality. If the citizen’s wanted to be real, they need to be in connection with nature. Same goes for the whole city: the Real Taipei is a river city. 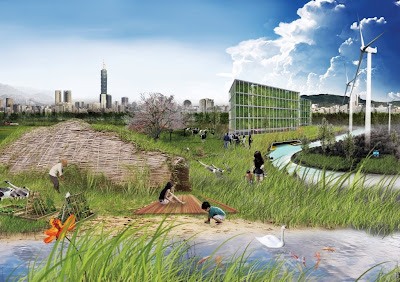 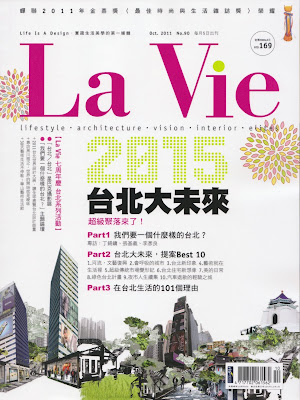 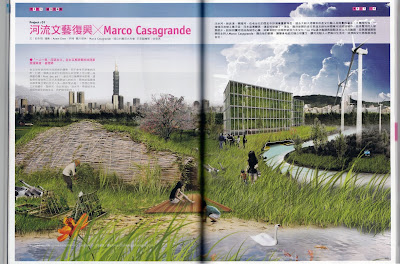 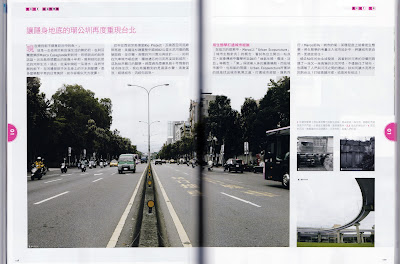 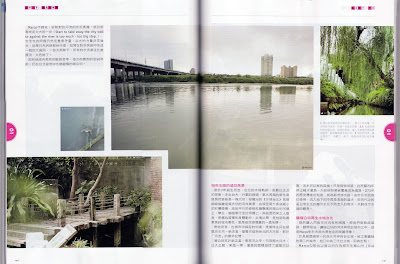 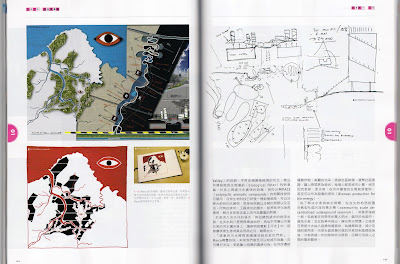 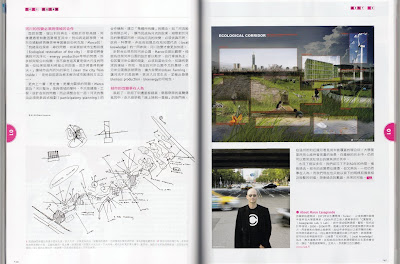 Posted by Marco Casagrande at 3:30 AM

Thanks for sharing this useful information,regards.
renewable energy company in singapore