Pavilion in a Million 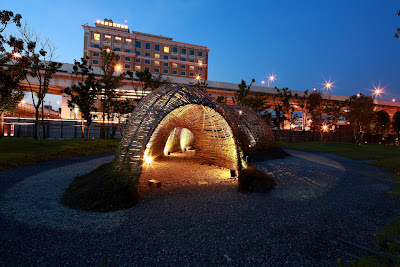 Timber iQ's editor talks to Marco Casagrande about his latest addition to the Taipei cityscape and how, through design and material choices, the structure engages with the city and its people

Casagrande was born in 1971 in Turku, Finland, and completed his studies at the Helsinki University of Technology Department of Architecture in 2001. From early on, Casagrande began mixing architecture with various other artistic disciplines, as well as science, which has resulted in his famous eco-conscious installations across the world. 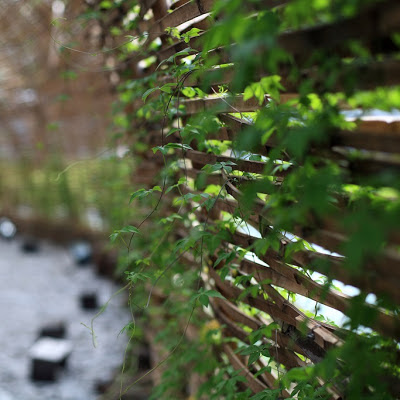 In a highly industrialised area of Taipei, Marco Casagrande’s Cicada pavilion represents a gentle, yet bold and refreshing interjection into the concrete hardness that is synonymous with a working city and offers a welcome cocoon for escape from the city, and industrial meditation. 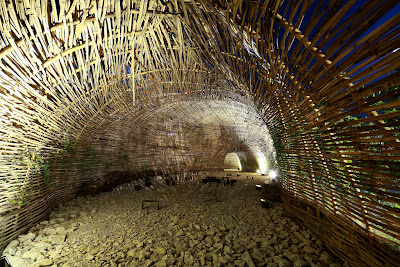 Jr:
Marco, how are you Trained and from what or whom do you draw your inspiration?

mc:
I studied architecture, but the real studying has been through my work and meeting with people. Childhood in
Lapland is as important as university, if not more. Child-me keeps me in connection with nature. I am more inspired by movie directors than other architects. Tarkovsky, Eisenstein, Lang, Bergman, Kurozawa, Coppola in Apocalypse Now, Kubric, etc. Books are also important. My biggest inspiration is nature, including human nature.

Jr:
What projects and/or events led to the design and creation of the Cicada pavilion and why was this project executed in Taipei?

mc:
I worked the first time with bamboo and organic structure in Shenzhen Biennial in 2009 together with Hsieh Ying-Chun and Roan Chin-Yueh. This was my first encounter with the South-Chinese local knowledge of bamboo. Cicada’s client visited the Shenzhen Bug Dome and later on wanted something like that in Taipei. The idea is to ruin the industrial city. Ruin is when something man-made has become part of nature. Local knowledge is one of the elements that can turn the industrial machine into an organic machine.

Jr:
You sougth to create a structure that is out of place, both in terms of time and material. What instigated the need to do this and how does the Cicada pavilion fulfil this need?

mc:
Modern man has to take the liberty to travel 1000 years back in order to realize that things are the same. Cicada offers this possibility. High density urban communities have been living in good harmony with the
surrounding nature, but we have forgotten this. In order to reach the Third Generation City we need to forget this forgetting and let nature in. Modern man in a box is doomed to dementia.

Jr:
Why did you choose to use a fire pit and benches inside the pavilion?

mc:
Making open fire inside the modern city is interesting for me. Citizens around the fire sort of melt down and
become human again. The benches are like insects in this space that can be used for many purposes. The organic form is made for the dramatics of the space and for the way light comes in. The hole is for a vertical axis and in connection with the fire-place. 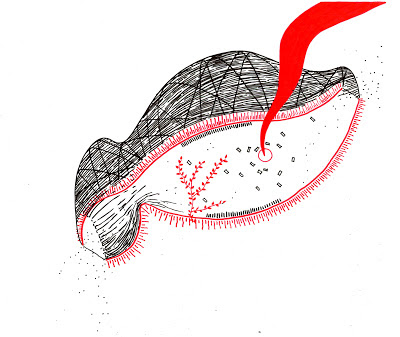 "Ruin is when something man-made has become part of nature. Local knowledge is one of the elements that can turn the industrial machine into an organic machine."

Jr:
What led you to making use of a vacant site that is awaiting development for the creation of the Cicada pavilion? An will the pavilion be destroyed in time to make room for other developments?

mc:
In Taipei the slow circles of official development offer more fruitful possibilities for unofficial micro-development. Community gardens and urban farms are taking place on similar sites like Cicada – waiting for
development. Some farms or gardens can be 20 years old on sites that, for example, banks are fighting for.
Meanwhile, grandmothers are farming and tuning the city towards the organic. This is Urban Acupuncture. Cicada is following this method. The pavilion will get destroyed and the site will get developed and new holes in the city’s mechanical reality will open up for organic growth.

Jr:
Why did you choose to use bamboo in this project?

mc:
The whole structure is bamboo - amazing material when it comes to organic strength. For anchoring, there is
a pile of top-soil outside as the counter-weight. The bamboo is from Central Taiwan and it is not treated in any way. Similar kinds of structures have been done forever. Only the city is a new thing.

Jr:
Why was ivy planted along the side of the structure? How does this form part of your idea?

mc:
The creepers provide good micro-climate and change the building every day. It is good if architecture can
become a structure for urban bonsai. Architecture without nature is nonsense.

Jr:
How do you respond to Cicada being "insect architecture"? What does this meat to you?

mc:
I have studied a Phimenes Sp. Wasp making his cocoon out of cement that he stole from me. It understood the structural possibilities, immediately mixing the cement with mud and some pieces or straw and sticks. His cocoon was fantastic and has been the inspiration for Bug Dome, Cicada and more to come. 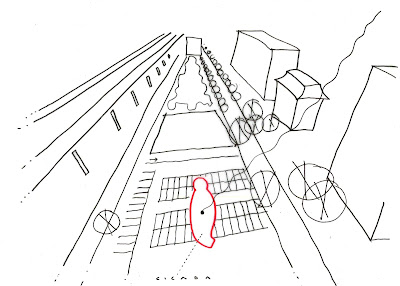 "Modern man in a box is doomed to dementia."

Jr:
How have people responded to your designs?

mc:
I have been surprised by how much people love this space. This is wonderful, especially when all kinds of
people from different backgrounds like Cicada. Even children like it. It looks like the organic space is doing
some magic for the industrial man. He feels good in it. He remembers something, feels hope.

Jr:
Marco, what projects lie ahead in your future? What is the trajectory of your career path and what do you hope to achieve through your work. 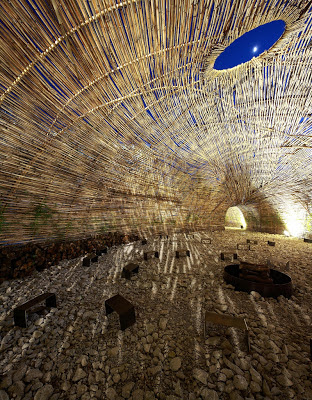 mc:
I don’t have a career path. I believe in accidents. In future I will work more with insects and local knowledge. I want to see the Third Generation City, the organic ruin of the industrial city. I will also develop further the possibilities of Urban Acupuncture for punctually tuning the mechanical urban machinery towards the organic. I also want to create more good homes for good people and operate freely in-between architecture, environmental art, ecological urban design and other forms of art and science within the general field of built human environment.

Casagrande views the city as a complex energy organism in which different overlapping layers of energy flows are determining the actions of the citizens, as well as the development of the city. By mixing environmentalism and urban design Casagrande develops methods of manipulation of the urban energy flows in order to create an ecologically sustainable urban development towards the so-called Third Generation City. The theory of the Third Generation City views the urban development as the ruin of the industrial city, an organic machine ruined by nature, including human nature and urban acupuncture as a cross-over architectural manipulation of the collective sensuous intellect of a city. Architecture is in the position to produce the acupuncture needles for the urban chi. Weeds will root into the smallest cracks in the asphalt and eventually break the city. Urban acupuncture is the weed and the acupuncture point is the crack. The theory opens the door for uncontrolled creativity and freedom. Ruin is something man-made having become part of nature.

"It looks like the organic space is doing some magic for the industrial man. He feels good in it. He remembers something, feels hope." 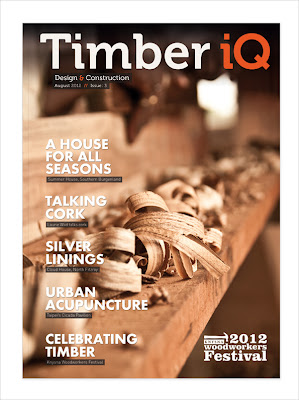 The article is originally published in the Timber iQ, August 2012 issue.
Posted by Marco Casagrande at 4:02 AM

This looks great! Thank you, Marco! :)